Ginger has a lot of health benefits you want to know and understand. The benefits range from supporting your immune system to fighting infections to reducing inflammation and more.

Ginger (Zingiber officinale) is a warming herb used for centuries in Asian ancestral medicine. Ginger, as we know it today, is actually the rhizome—the underground stem of the plant. Ginger rarely flowers or creates seed anymore, since we propagate purely through the rhizome.

Ginger has many health benefits—

In Chinese herbal medicine, ginger is added in small amounts to most formulas to assist in their function and safety, and all potentially “toxic” herbs, such as aconite, are processed with ginger to make them safe to consume. 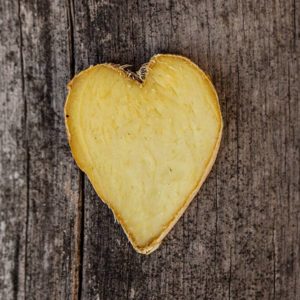 Can ginger help with my digestion issues?

Ginger, also known as Sheng Jiang (Chinese) or Adrak (Ayurveda), is traditionally used for digestive issues such as—

Proven in a double-blind placebo-controlled study1, we know that ginger has a unique ability to gently accelerate the emptying of the stomach and improve gastrointestinal motility to aid with digestive disorders. The study used an ultrasound machine on the stomach and small intestine to visually show how, after ingesting ginger, the stomach was stimulated to contract and move the bowels.1

It has been successfully used in the treatment of arthritic joint pain, mostly due to its anti-inflammatory action. One randomized control study found that a 12-week dosage of dried ginger powder was as effective as the prescription anti-inflammatory drug, diclofenac, at reducing pain in patients with osteoarthritis in the knee joint (and with less side effects).3 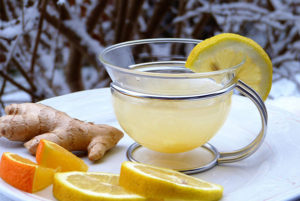 A 2015 study4 showed that ginger is successful in reducing exercise-induced muscle pain. Participants took 2 grams of dried powder daily for 11 days, and found a significant reduction in muscle pain compared to placebo.

There are more studies confirming ginger’s benefit on the brain, including improving memory and cognition, and slowing down degeneration.5 For those who are familiar with my work and the microbiota (aka the microbiome), these results can be linked to the gut-brain connection, with most of our brain neurotransmitters created by our microbes in the gut, clearly a healthy gut will result in a health brain.

In both Eastern and Western Herbal medicine, ginger is used in formulas to combat viral infections, which present as—

Fighting acute infections, especially respiratory and digestive, is probably the other most common traditional usage for ginger. One 2013 study6 showed that fresh ginger is active against respiratory syncytial virus (RSV), a common cause of a dangerous lung infection in children.

Is there a difference between fresh and dried ginger?

They work differently. According to Eastern herbal medicine (Chinese and Ayurveda) dried ginger is more heating and invigorating, used more for pain and cold with stagnation in the digestion, while fresh ginger is less hot and used for acute viral infections. In Chinese herbal medicine we are taught that the potent antiviral activity in the peel of the ginger, so do not discard the peel if you are making a tea or juice for an acute viral infection.

Both fresh and dried ginger also demonstrate antibacterial activity. A 2012 study7 revealed that ginger was able to inhibit growth of multi drug-resistant bacteria (such as MRSA), which have become resistant to certain antibiotics.(7) This reveals once again, ginger’s positive impact on the human microbiota.

Ginger is amazingly safe to use

This simple and common herb is not only incredibly beneficial, it also has an excellent safety profile. There are very few cases where ginger should be avoided or used with caution, namely if a patient is on blood thinners (such as Coumadin or Plavix), and should be discontinued 2 weeks before surgery due to it’s blood thinning effect, as well as used with caution or under supervision from your doctor if taking prescription for diabetes (due to it’s beneficial effects on blood sugar).

Fresh ginger can be added to food dishes, such as curry, and made into a warm tea or added to a smoothie. Dried ginger is used in tea, such as chai, and is also available in capsules for internal use, or in medicinal patches for external use for the treatment of pain.

Here is to your health!
xx
Deborahlise